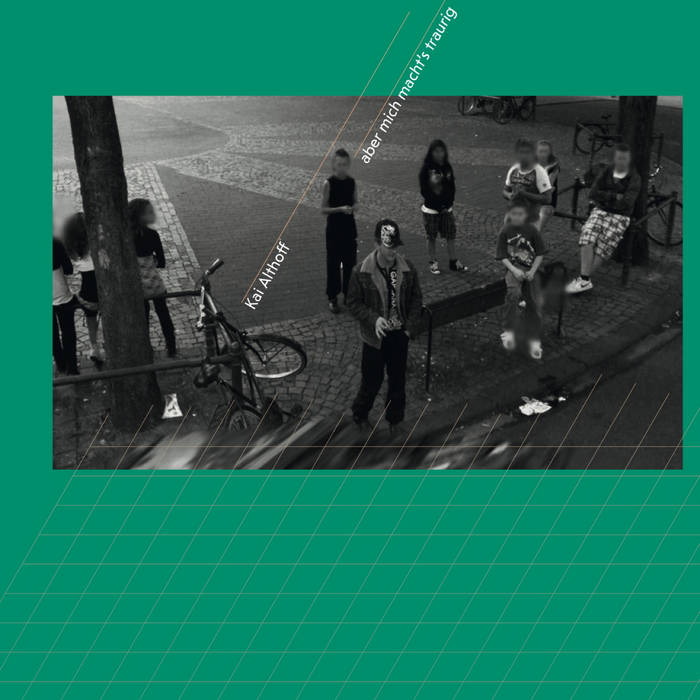 „Aber mich macht’s traurig“ (But it makes me sad) is Kai Althoffs first regular release after several records as Fanal and before with his band Workshop. The music for the double album was recorded by Kai Althoff between 2016 and 2019 with numerous instruments - including synthesizers, flutes, acoustic and electric guitar and bass, various drums and percussive instruments (rattles, bells, cymbals, ratchet....), Biwa and his voice.

"But it makes ME sad

Nobody had to bear this music, neither was it thought out by anyone, played by none, nor dedicated to someone.

Also, one no longer is, and therefore this utterance generates itself and is music to nobody’s ears.

Organizing the entombed power structures, paving alongside the most beautiful nettle-seamed trickle of remembered civilization on one’s own authority, which eventually gives in to its assumption; its mouth pasted (over) with the dried-up vomit of its intentions, never to open again.

It carries this desparate melancholy, always ready to ridicule all of its (own) forms, to get to the bottom of all matter. Poking in the flesh of doggedly pursued gnosis with fingers, with weary despisement, deflating to crinkly tissue after life’s bloating :Oh, seriously! How could I be sad, the way they carry themselves and sing as they do that?

Alas, those whose fingers these are, just take those flutes and instruments! —- in liberation without the Idol, to no longer play something."

Sampa The Great joins the show to discuss her release, "As Above, So Below".